The founding of LAAAE originated with Moctesuma Esparza, a motion picture industry leader who has received over 200 honors and awards, including an Emmy Award and Clio Award, as well as nominations for an Academy Award and a Golden Globe. In addition to movie making, Esparza has been active in the community, including previously serving on the Board of Directors of Los Angeles County High School for the Arts (LACHSA) which is located on the California State University, Los Angeles campus. This experience led Esparza to envision a charter school as an option for students unable to access LACHSA, but whose dreams and talents needed to be nurtured and developed. He believed all students, regardless of socioeconomic status, should have access to a college preparatory curriculum with an emphasis on visual and performing arts and entrepreneurship. Thus, LAAAE was founded and continues to develop into a viable public education option for students and families.

Since its founding, LAAAE has served a predominantly minority, immigrant, and socially and economically underserved population. With an average enrollment of 330 for the past five years, its small size has enabled the fostering of a family-like community. In school year 2019-2020, LAAAE’s enrollment was 291. Over 98% of students were socioeconomically disadvantaged. Ninety-nine percent (99%) were minorities and over 91% of students were, or had previously been classified as, an English language learner.

As is implied in its name, students have access to a wide variety of courses in the arts (dance, film, music, radio, theater, and visual arts) and business. Middle school students receive arts and enterprise instruction through an exploratory wheel which enables them to learn different related topics each quarter. The exploratory wheel content changes annually to provide students broad exposure across the arts and entrepreneurship throughout their middle school experience. The exploratory wheel spokes include: animation, business, cinema production, and dance. Advanced middle school students may enroll in high school or college level classes.

High school students follow an A-G curriculum and complete coursework in both the arts and business to graduate. School year 2020-2021 high school academic course intensity offerings range from intervention to college level and include over 35 University of California A-G approved courses. Five of these are also currently authorized on the College Board’s AP Course Audit Ledger and include: AP 2-D Art and Design, AP Calculus, AP Computer Science Principles, AP Spanish Language and Culture, and AP Spanish Literature and Culture. One hundred percent (100%) of the students who took the AP Spanish Language and Culture exam in May 2020 earned a passing score.

Through a partnership with Los Angeles City College (LACC), students can take LACC courses at LAAAE. In 2019, LAAAE launched another dual enrollment pathway with LACC through the K12 Strong Workforce Program. These on- and off-campus dual enrollment classes lead students to certification in animation or cinema. To obtain certification, students must complete two years (concentrator and capstone) of coursework in their respective pathway. During the completion of the respective pathway, students obtain skills needed to obtain a job in the cinema or animation industry. There are other career-real-world experiences at LAAAE.

Over two days in December 2019, LAAAE students trained with Swan Lake’s (Matthew Bourne) company onstage. After the workshops, students choreographed their own dance and performed it for the company. A few days later, the students were able to see a Swan Lake performance. In February 2019, LAAAE students had a similar experience but with Matthew Bourne’s innovative adaptation of Cinderella. On both occasions, students rehearsed in the Music Center studios in downtown Los Angeles and performed on the Ahmanson stage! During the 2017-2018 school year, LAAAE collaborated with Ballet Hispanico, including participating in a company residency with one of their teaching artists. LAAAE hosts a semiannual showcase (December and May) to feature the visual and performing arts students’ talent.

LAAAE in consortium with the National Hispanic Media Coalition and other agencies, was granted broadcasting rights on 101.5 FM in late 2016. Radio classes were then launched to teach students requisite skills for broadcasting. There is a timeshare agreement among the broadcasting partners and each collectively contribute to the signal’s transmission. Music production later emerged from radio production. From 2017 to 2020, LAAAE partnered with the Latino Film Institute Youth Cinema Project. In that program, students engaged deeply in all elements of filmmaking and created their own short film. Students were mentored weekly by active members of the entertainment industry. In the culminating activity, students debuted their films at the Linwood Dunn Theater – a screening facility for the Academy of Motion Picture Arts and Sciences. Related noteworthy accomplishments include a student script being selected for a live YouTube read by cast members from NBC’s Broke! and another student being featured (October 2020) on the Cartoon Network’s series Drawn to Storytelling. Movie making now continues through the LACC pathway.

In 2014, the “D” letter grade was eliminated in both the middle and high school educational program. All students are expected to earn at least a C in order to successfully complete a course. Beyond academics, LAAAE’s educational program has a holistic approach and includes providing multi-tiered systems of supports. These systems of support include: positive behavioral interventions and supports (PBIS), multiple opportunities to demonstrate mastery, and a targeted tutoring program. The California PBIS Coalition awarded LAAAE Silver level recognition in 2016, 2017, 2018, 2022. and Platinum level recognition in 2019 and 2021, for its systems of tiered interventions. LAAAE was the first California charter school to earn Platinum level recognition in the award’s history. The California PBIS Coalition recognized LAAAE as a Community Cares recipient in 2020 for its ongoing, positive efforts throughout the COVID-19 pandemic. Other notable recognitions include True Grit in 2015 by Educators 4 Excellence for making significant academic growth. LAAAE was also recognized in 2015 with a Best High Schools Bronze Medal by U.S. News and World Report.

LAAAE has a robust student services team which collaborates with community-based organizations to provide onsite and offsite individual and group therapy, family therapy, gang prevention, and gang intervention. LAAAE has also partnered with Woodcraft Rangers to provide comprehensive after school and extended break programming and services.

In 2010, LAAAE initially applied for and received accreditation from the Western Association of Schools and Colleges (WASC). In January 2021, WASC reaffirmed LAAAE’s accreditation until June 2027. In 2012, LAAAE became an associate member of the California Interscholastic Federation. In 2015, LAAAE was admitted as a full member. LAAAE’s athletic program offers boys’ and girls’ sports each season. Interested student athletes may participate in any team. 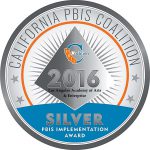 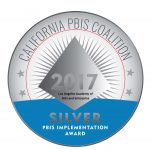 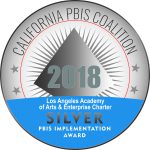 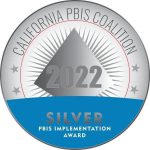 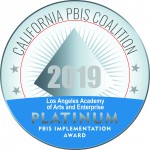 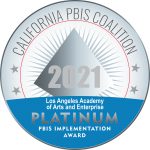 In 2020, the California PBIS Coalition recognized LAAAE for its outstanding contribution of support and care during the COVID-19 pandemic. 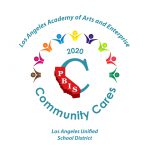 LAAAE was awarded a Verizon grant

In May 2019, the Verizon Innovative Learning (VIL) program awarded LAAAE with a grant for materials and curricula. LAAAE is one of 70 schools nationwide and one of five California schools selected to participate. VIL is a virtual reality STEM based program developed by the Verizon Foundation and Arizona State University to teach students about: emerging technology, design thinking process, entrepreneurial thinking, and sustainable development goals.

LAAAE pursued funding to expand its community food service program. These grants provided supper and weekend food service while the school facility was closed during the pandemic.

LAAAE was recognized with a Bronze Medal from U.S. News and World Report 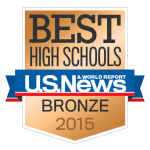 U.S. News and World Report annually evaluates and recognizes the best high schools in the United States. In their 2015 recognition, LAAAE earned a Bronze Medal.

In April 2019, LAAAE was one of three Los Angeles high schools selected to participate in a dual enrollment pathway with Los Angeles Community College through the K12 Strong Workforce Program (SWP). While this program continues, LAAAE was funded again for the second and third rounds to continue expanding career education programming in animation and cinema. 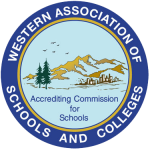 In January 2021, WASC visited, gave great feedback, and reaffirmed LAAAE’s accreditation until June 30, 2027. LAAAE has been accredited since 2010. 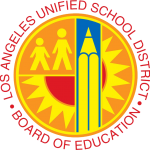